Does Blue Point New York Oyster Stout actually have oysters in it? You bet. And Blue Point needed a label design with as many interesting elements as the brew itself.

Drawing inspiration from the Long Island oyster scene, the DDW design team created a unique series of labels for a trio of stouts, weaving in story elements that would make the shuckers of Patchogue mighty proud. Bring on the oysters!

For the record: It’s just oyster shells, not the entire oyster.

Our simple formula for brand success:

At DDW, we help brands discover their deep brand story. And then we translate that into fresh brand design — from brand identity and naming, to package design and digital brand experiences. It’s the fastest, most fail-safe route to 21st century success.

Just one sip of Blue Point beer and you’ll find yourself at the boatyard hanging with friends, brewers, and a few seagulls. That’s because after years of tireless brewing (but mostly drinking – don’t let our brewers tell you otherwise), Blue Point knows it takes a hometown brew to live up to New York standards. Our story all started with Toasted Lager, a two-time World Beer Cup medal-winning American Amber Lager. Today, Toasted Lager leads our innovative lineup proudly brewed with unique ingredients like local oysters, North Atlantic seaweed, and beach plums. Though our brewers never stop innovating, one thing has stayed true since 1998: Blue Point is pretty damn proud to brew beer in a boatyard for the people and place that inspire us every day. 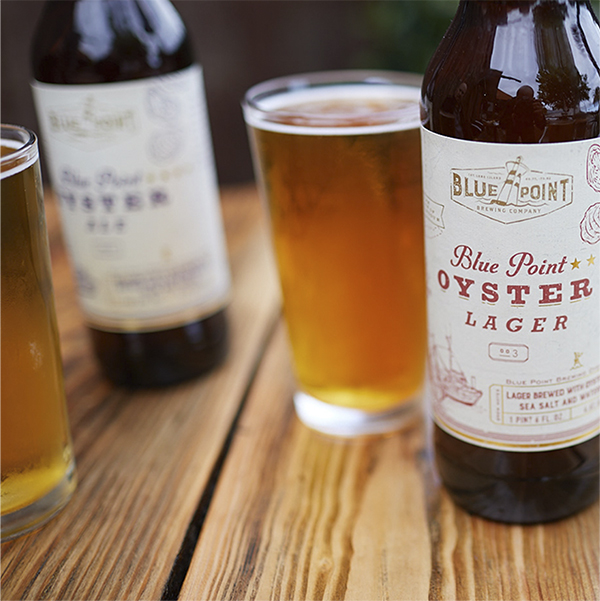 THE ONLY THING WE CARE ABOUT IS BREWING GOOD BEER

Where we’re from, the people are a different breed. New Yorkers want more than the status quo, they want you to skip the bullshit and give it to them straight. Yeah, we’ve got humble beginnings, but that’s just who we are. Hell, our founders tapped Blue Point’s very first keg in a parking lot.